S.S.H.B.E.A. Promotes all disciplines and has programs which cover many disciplines.
Performance division – promotes the showing of the gaits of our breed.
Sport Horse division – promote the versatility events including trail, cattle, & speed events.
Trail program – includes Distance Awards and a Trail Rider of the Year Program.
Outreach Incentive Program – Awards for almost any discipline when showing outside of the breed.
Youth Council – Promoting Youth in our Breed
Ladies Auxiliary – Fellowship and Serving our breed is their main goal
( No invitation required to join)

Other major promotional activities include, but are not limited to

These activities have enabled the S.S.H.B.E.A. to grow from its humble beginnings in Shelbyville, Tennessee to a national organization with over 25,000 registered horses.

Please explore our site to learn more about the Spotted Saddle Horse and upcoming events!

Videoing Or Photographing Your Horse For Registration

Videoing Your Spotted Saddle Horse Video Requirements & Helpful Hints
1. Clean and groom your horse prior to taping. 2. Starting at the front, video all (4) four sides of your horse without the saddle. Thirty (30) seconds on each side is sufficient. 3. At the beginning of the tape the horse should be orally identified by registering name, color and sex. 4. If your horse is to be taped while riding him, turn video off while you are saddling him. 5. Try to keep the horse centered, filling the entire view area of your camera, but do not cut off the view of the riders head or the feet of the horse. 6. The horse should travel in a straight direction for two (2) minutes, then turn and travel in the opposite direction for two (2) minutes. The speed of the horse should be regulated to demonstrate an easy gait, not just a fast walk and not a trot. Footage should show horse with sufficient continuous movement and length to show a gait. 7. Do NOT video horse from a great distance…approximately 20 feet away should be the maximum. 8. If you are videoing a baby colt or one that is not under saddle yet, item #6 also applies. 9. Riding the mare and leading the colt is sometimes a useful way to accomplish getting the proper video. 10. If you are leading the colt, having someone lead the mare is also helpful as you follow with the foal. 11. Assistants are needed to accomplish much of this. 12. You must step the horse/foal up enough to be able to see an easy gait. Just a walk will result in your having to resubmit your video. 13. Hold your camera as steady as possible during the entire filming process. 14. Recheck your video’s to make sure the speed is set correctly. You must actually put it on a TV to review, NOT just review it on your camera. 15. Last but not least….review your video again and set it at the EXACT point that it will start showing your horse when the Inspector plays the tape. There should be nothing on the tape you send in except the horse/horses you are registering.

Photographic Requirements For Registering Your Horse
PHOTOGRAPHS – Halter Views 1. You must submit a photograph at (4) four angles, straight on of the left side, right side, front and rear of the horse. If there are markings on the belly, we need a photo of the underside as well. 2. Photographs need to be taken with out saddle or tack on the horse with the exception of a halter or bridle. 3. Photograph must show all four legs and feet. 4. If there are markings that are covered by mane or tail, have an assistant move them to the side so that the area under the neck/tail can clearly be seen. 5. Ensure that all marking are clearly shown. 6. WE WILL ACCEPT DIGITAL PHOTOS ON PHOTOGRAPHIC PAPER ONLY. Any thing else will result in your having to resubmit photos. HELPFUL HINTS 1. Photographs should be taken outside with no flash (morning or evening lighting is best) 2. The sun should be at YOUR back. 3. The horse should be clean and free from any dirty spots that would cover markings, 4. Excessively long hair, dirt, mud will detract from the white markings and may cause additional pictures to be submitted. Pictures taken of horse within another group of horses are usually not acceptable. 5. Light colored horses (Example: Palomino) should be wet to clearly show markings. 6. It is always helpful to have an assistant to either hold your horse or take the photographs. 7. Make sure your photographs are sharp, clear and in focus.

Color patterns make each horse unique unto itself. The spectrum of colors ranges from almost solid color to almost solid white, and encompasses all of the hues known in the horse world. 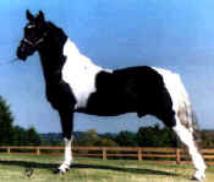 TOBIANO (Pronounced: tow be yah’ no)
The tobiano normally exhibits white across the spine extending downward between the ears and tail in a clearly marked pattern. Head markings will be like those of a solid colored horse – solid or with a blaze, strip, star or snip. Generally, all four legs will be white, at least below the hocks and knees. The tobiano rarely has more than one or two solid colored legs. The spots are usually regular and distinct as ovals or round patterns that extend down over the neck and chest. The horse will often have the dark color on one or both flanks. A tobiano may be either dark or white. A tobiano must have one parent that is a tobiano. 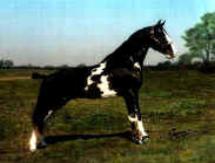 OVERO (Pronounced: oh vair’ oh)
The white originates on the underside of the horse and will rarely cross the back of the horse between its withers and tail. Generally, at least one, often all four legs will be the dark color. Head-markings are predominately white; often bald, apron or bonnet faced. Generally, the white is irregular, rather scattered or splashy. It is often referred to as calico. The tail is usually one color. An overo horse may be either predominantly dark or white. However, the darker colors are more common. 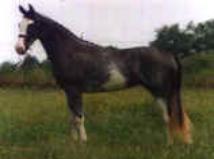 SABINO (Pronounced: sa bean o)
The sabino horse has color and markings similar to the roan, yet it genetically different. Its base coat color is mixed with white hairs, similar to roaning but often with overo marking: high stockings, white face, white spots. The base color (bay, black, chestnut, etc.) is used with sabino for better identification: – i.e. “bay sabino”, “chestnut sabino”, etc. 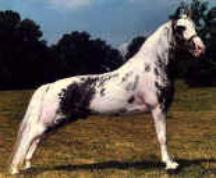 Tovero (Pronounced: tow vair’ o)
The Tovero exhibits characteristics of both a tobiano and an overo.

FACIAL MARKINGS FOR ALL COLOR PATTERNS 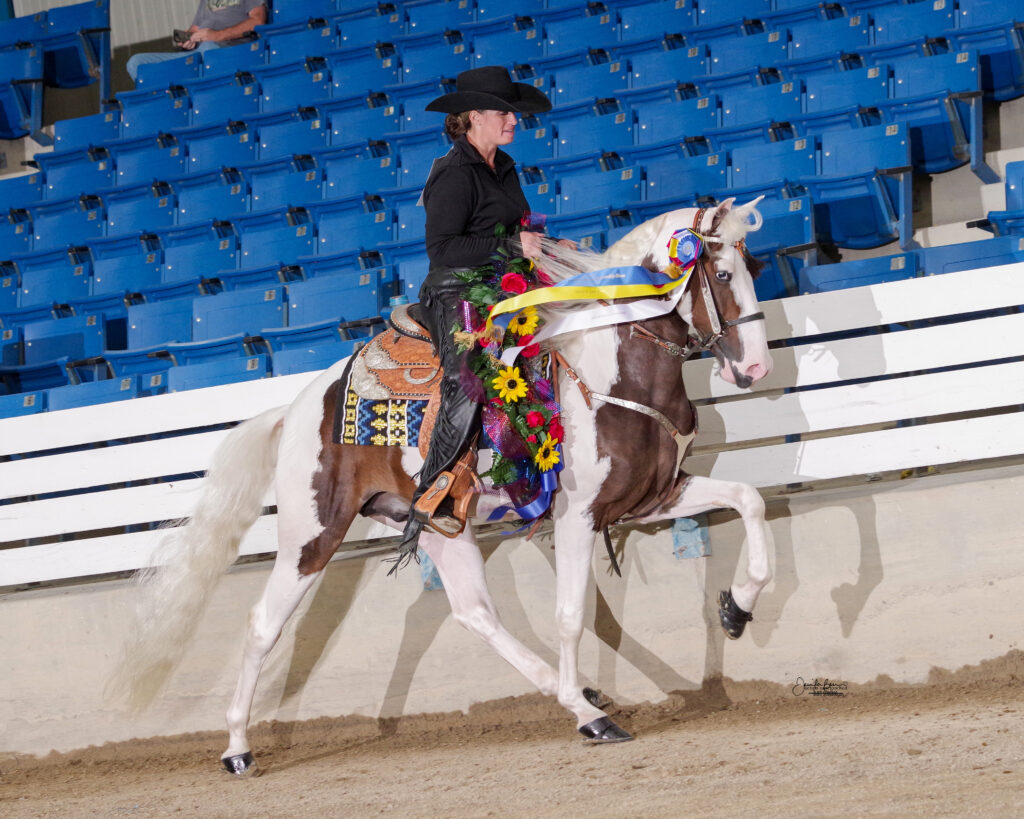 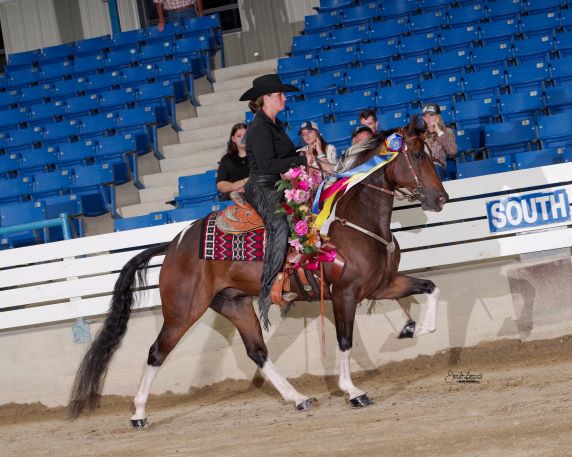